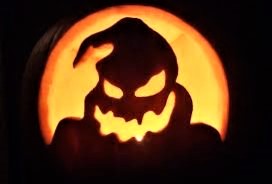 As October draws to a close, thoughts turn to pumpkin-spiced lattes, novelty witches’ hats and fake cobwebs. Outside, roving bands of children extort sweets from neighbours (in happier, pre-Covid days). Yes, Halloween is upon us again.

London, where Mayfield are based, is the second most haunted city in the United Kingdom - only Edinburgh is home to more ghosts than the capital (we salute the intrepid census-takers who made  this statistic possible). So, in the spirit of the season, here’s a whistlestop tour of London’s most notable hauntings… Don’t have nightmares.

A surprising number of London’s Underground stations are said to be haunted. Click here for an overview.

Creepiest Tube ghost would probably be the man in blue overalls sighted at Moorgate in the 1970s. Staff working in the tunnels outside the station initially presumed him to be a colleague. As he approached however, his face contorted into an expression of unearthly terror. Transfixed, they watched him walk past them and into a wall, at which point he vanished. The last of the apparitions occurred in February 1975, shortly before a train crashed into the buffers of the same tunnel, killing 43. The cause of the Moorgate train disaster remains unexplained to this day.

Our favourite tube ghost haunts Becontree station, way out in Zone 5. This long-haired phantom appears shortly after the station is locked for the night, her back to the platform’s CCTV cameras. When approached, she turns suddenly to reveal she has no face, and promptly disappears. Understandably, staff encountering her have requested to be transferred elsewhere.

Anyone seeking to calm their nerves after an encounter with a faceless spectre would do well to avoid Spitalfields’ Ten Bells, a pub said to be haunted by the ghost of poor Annie Chapman, murdered by Jack the Ripper in 1888. An unseen force – known as ‘Annie’ by staff - is said to move objects about.

Other haunted pubs include The Bow Bells, in E3, haunted by a ghost with nothing better to do than flush the ladies’ toilets unexpectedly. In 1974 an attempt was made to exorcise the phantom flusher. On being asked to make itself known a toilet door ‘slammed open with such force that it broke one of the pub’s mirrors’.

London’s most haunted address is 50 Berkeley Square, Mayfair, which earned a fair degree of notoriety in the late nineteenth century for the ghost said to haunt its upper floors. The source of the supernatural disturbance was said to be the ghost of a young girl murdered in the address’ attic. Sometimes manifesting as a luminous white orb, other times as a brown mist – her apparition was said to be so terrifying that a number of visitors to the house were frightened to death. So, probably one to avoid if you’re out trick-or-treating.

In a somewhat less exclusive corner of London, you’ll find 284 Green Street, home to the Enfield Poltergeist, who, for a period in the late seventies tormented single mum Peggy Hodgson, and her daughters Janet and Margaret Green. The poltergeist began small, rapping on the house’s pipes in the wee hours, before it progressed to hurling objects – including Lego bricks and marbles - around. By the time investigators arrived on the scene, the poltergeist had taken to levitating Janet.

The girls’ claims were backed by the testimony of several eyewitnesses, including a policewoman, who, passing beside the home one evening, was startled to see Janet floating across the ceiling of her bedroom like some teenaged blimp. In desperation, Hodgson contacted the Society for Psychical Research, who dispatched investigators Guy Playfair and Maurice Grosse* to the scene. Their account of the case, This House is Haunted, remains one of the most entertaining books on the supernatural ever written. In time, the phenomena died away.

The Enfield poltergeist remains a source of bitter controversy to this day.
For a skeptical account of events, click here.
For the Society of Psychical Research’s take, click here.

But while the poltergeist activity remains a thing of the past, subsequent residents have reported a ‘presence’ and the sense that they are being watched…

*Maurice Grosse invented the revolving advertising board. He was a really interesting guy.