Looking ahead: Predictions for 2019 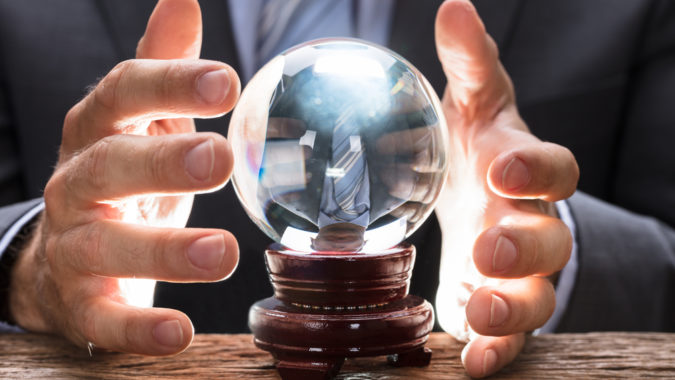 Looking ahead: Predictions for 2019

Never get to a party early.

In that spirit, here are three fashionably late predictions for the economic and political year ahead. (Some football predictions before we get started: Yes, Liverpool might just win the league, and Chelsea will have a new manager by the end of the season.)

We’re going to try and keep this stuff light-hearted (which should be easy – it’s not like the country’s going through a political crisis or anything.) If you disagree with anything we say, be sure to let us know.

So, without further ado:

Markets, as we observed in an earlier blog, hate uncertainty. It’s good news, then, that Brexit will soon be over, and we can start to think about moving on.

Not that things will get better straight away, mind. Growth forecasts are gloomy, to put it mildly (if you want to put yourself in a bad mood, read this: https://www.theguardian.com/business/2019/feb/07/bank-of-england-holds-interest-rates-cuts-growth-forecast). Frankly, Brexit makes it difficult to predict Britain’s future with any certainty. If nothing else, we’ll soon have a better idea where we stand (even if it proves that a deal is impossible…)

Will Theresa May hold onto her job once everything’s done and dusted? Let’s just say we wouldn’t bet on it.

What will Brexit mean for property prices? A lot depends on the kind of deal we sign -
see here for a good overview: https://www.theweek.co.uk/99725/how-will-brexit-affect-uk-house-prices . This is probably worth a read as well: https://www.yopa.co.uk/homeowners-hub/brexit-house-prices/


2. The world economy will slow down, but not too much

Political uncertainty has affected the world economy too, and following two years of expansion, global growth has stalled. IHS Markit predicts growth will slow further - from 3.2% to 3.1% - over the course of 2019.

The US economy showed strong growth in 2018, but will slow in the year ahead. Goldman Sachs predicts that the US growth will slow from 1.8% in the first quarter to 1.6% in the final quarter, ahead of a possible recession in 2020 (http://fortune.com/2018/11/21/us-economy-slow-2019-recession-2020-economist-forecast/). Despite this, we can expect the dollar to remain strong against most currencies.


3. Europe’s in for a difficult year (Italy especially)

While it’s unlikely that anyone else will be leaving the EU soon, not all is rosy on the continent. Growth in the Eurozone declined in the second half of 2018. France’s domestic problems and uncertainty in Germany as Angela Merkel prepares to leave office, spell another tricky year. (And let’s not even mention Italy: http://fortune.com/2019/01/02/italy-recession-2019/).

We’re going to end with a disclaimer: Predictions are a mug’s game (and they always will be).

Recent jolts to economic growth were caused by what political wonks term ‘policy shocks’ - unpredictable (or unadvisable) government decisions; or unexpected election results. By its nature, this stuff is difficult to foresee.